» Interview with Siviwe Gwarube, Executive Director of Communications at the Democratic Alliance

Interview with Siviwe Gwarube, Executive Director of Communications at the Democratic Alliance

It’s not often that we have the opportunity to celebrate young black women in politics, as the political environment in South Africa is dominated by older men and women. Siviwe Gwarube, who earlier this year was announced as Executive Director of Communication at the Democratic Alliance at just 28 years old, is one such person to be celebrated.

Siphesihle Dube, Provincial Transport MEC’s spokesperson and Siviwe’s dear friend describes her as “…a phenomenal woman who is driven by a soft and unassuming ambition that has seen her carve her own unique path, both professionally and personally. She is a friend and mentor to many, and is always on hand to deliver the best advice that denotes a wisdom beyond her young age. What an honour to get to call her my friend.” Mihlali Peter, accountant at Buffalo City Metropolitan and Siviwe’s sister in law describes her as “…a grounded woman, who is respectful with a gentle loving soul. I admire her drive and ability stay true to herself and where she comes from”.

From my interaction with Siviwe, I echo all these sentiments. She is a force to be reckoned with, and South Africa should definitely look out for things to come from her. I sat down with Siviwe to find out more about her journey:

SG: My upbringing is a very simple one. I was born KwaMgingi, a small village outside of King Williams Town in the Eastern Cape. I lived there until I was 18 with my maternal grandmother who raised me and is still alive today.

I come from a household situation that is quite common in South Africa, where the parents have a child at a young age and they leave you to be raised by grandparents. I also had the experience that many young black South Africans have, where I resided in the village, and went to school away from where they lived. School was a whole different reality from where I was coming from and I would commute every day to school. Therefore, there was a duality in the way I lived. Which is not unique as it’s product of where we come from as a country, where people want to send their children away to have a better life and a future. But I had a very simple, very typical village life in hindsight.

My greatest influence is my grandmother, a woman who was born before her time as she decided not to get married, she wanted to self-actualise and have a life of her own. She didn’t feel as though she needed a husband to get the most out of life, which was atypical at the time. This didn’t put her in good standing with her family, her father didn’t understand. When she fell pregnant, she went against the grain and she didn’t feel compelled to marry the baby’s father. She also owned a few businesses and was a teacher for a few years and in her late 50s she went back to school to obtain a BA in Linguistics.

LM: What inspired you to take the challenging path of Politics? What have been your greatest learnings? Who have your role models been?

SG: Choosing the Politics path was a complete accident for me. When I was in my final year at Rhodes University (studying BA in Law, Politics and Philosophy), I ran out of funds to further my studies towards obtaining an LLB. This was devastating for me because I had goals of becoming a family lawyer. At the time, I was involved in the Democratic Alliance Young Leaders Programme at Rhodes, which for me was an extra activity. Through this platform I met Lindiwe Mazibuko, who was a parliamentary leader at the time and was hiring a spokesperson. I saw the job post for the position, felt it would be an inspiring opportunity and not thinking that I would get the job, I applied. I subsequently went through a long interview process, which was an incredible experience. I didn’t have money to go to Cape Town for the interview so we set up a call for me.

Then I got the job, and soon after I went through what I imagine Donald Trump would’ve thought as soon as he arrived at the Oval Office. Thoughts such as ‘What have I done?! Now I’m going to Cape Town and I will be in Parliament! What am I going to do there?’ raced through my mind. The first three years was such a great working experience, and a lot happened in South Africa’s political universe including the Vote of No Confidence, Nkandla saga and the 2014 National Elections, which I formed a great part of. I just fell in love with Political Communication (although didn’t set out to), so decided to study in this field and set out to do my Honours degree on it which involves topics such as how to reach out to voters etc.  Finally, I am coming to the end of this particular journey and have completed my thesis which I’m handing in next week! It’s taken me 3 years because of balancing all the pressures of work, but has really been worth it.

I look up to various people for different things, so I feel it would be exclusionary for me to name people. However, I must mention that Lindiwe Mazibuko is definitely one of them because throughout my time working with her, she was very willing to teach and like a sponge and took in a lot.

LM: Tell us about your experience as a black woman in Politics? What’s the outlook for others like you, with similar backgrounds, who would like to come into the industry?

SG: South Africa is still very much a patriarchal society and some of the interventions we have through governments and government policies are great as benchmarks, but not substantial enough to make real changes. We operate in a context where men don’t view themselves as equal to women.

Then there’s the matter of intersectionality, being a woman and being a black person. It’s quite complex and there’s a huge amount of pressure in dealing with it, but just highlighting it is useless, instead it should be tackled head on. In my case in particular, I am aware that it’s the way others view me, but I also don’t view myself as just that. I don’t go around with the albatross around my neck in the way I carry out my work.

Young black South Africans have occupied spaces everywhere: Sciences, Arts, Politics, Business and many more. So perhaps 10 years ago, things would be a lot different, but in today’s world young black women people are doing great things in their fields and therefore, spaces are more open and welcoming for them to excel. Having said this, there’s room for improvement and I wish that 10 years from now, (young) black women will be able walk into such spaces and to not feel like they are the only person who looks and sounds the way that they do. Until then, industries are not transformed. It’s incumbent on us to stay, so that other people can look up to us when they enter these spaces.

LM: What has your experience been, Being a young woman, with such a senior position, in a major political party in South Africa?

SG: There is such strength in being a young black women in my industry in this day and age because it allows me to have a different perspective and to be diverse in my contribution. I am managing people who are twice my age, and who have done certain things in set ways for longer periods of time, so it can be really difficult. Sometimes I do go home feeling hurt about one thing or another. But we have to fight some of these demons so that the people after us don’t have to.

LM: What do you do for fun? To relax?

SG: I hang out with my friends a lot! I love to travel, take long drives around South Africa – I have fallen in love with nature. I love being around my friends especially because they don’t necessarily ask me about work. So we can just be in our late 20s and chill!

My kitchen is my happy place, I love to entertain and to cook. And of course couch, Netflix and chill.

An oh! I love to work out. It helps keep me sane and keeps me balanced.

LM: What is the next step for you? What are dreams for yourself and for other young people in SA?

SG: Wooh! You never think about what your dream is, you’re always so focused on the next steps/goals *laughs*

I am trying to change the way we communicate as the DA for the 2019 elections. They are going be exciting and I look forward to being at the forefront. I also dream about being integral in terms of coming up with political strategies. So being in the political background and finding ways to positively influencing strategy. E.g. Strategic governance issues etc. There’s quite an opportunity in this realm, and I’m looking forward to being a part of it.

South Africa is at a crossroads where we have been dragging around an injury for past 2 decades and it’s coming to a point where the injury is festering, people are tired and people want better. So we are at a point where we have a chance to create change, that with the ballot box. Creating more accountability for a maturing political environment, in which people will vote you in an out based on what you can and cannot do.

This means that more civic understanding should continue to be developed, which is incumbent on the political parties.  This will also be a product of where our country is at the moment, where South Africans want change and can see that it is possible to achieve this in a peaceful manner. 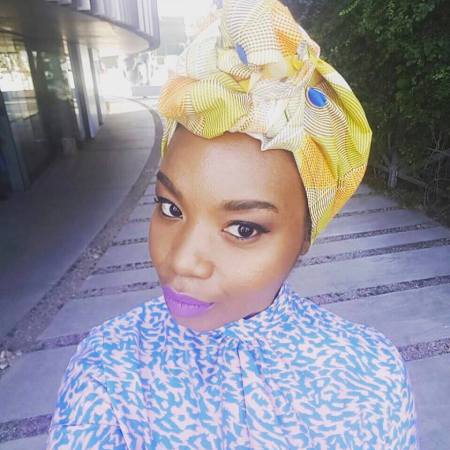 Interview conducted by Lilitha Mahlati, an investment banker and founding member of Mbewu Movement. She describes herself as a gender and transformation activist who enjoys learning new languages and travelling the globe.