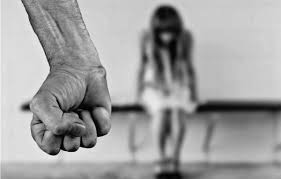 As the title of this article suggests, I have in recent days, following the overwhelming non-ending events that relate to the inhumane treatment of children and female adults alike, resorted to referring to this society in which we exist as a brutal one. Much as many of us would like to conceive and start our own families, it is such a scary thought to have your children exist in such a cruel world with monster-like humans.

As many of you would know about the recent #MeToo trend on social media where essentially victims of abuse and particularly rape, were coming out and speaking out about their personal incidents of abuse. I came across a particular thread on Facebook relating to this hashtag and what I found extremely appalling in that thread is that not even a single victim that came out mentioned a stranger as their perpetrator, it was people they knew, people whom they would expect protection and love from. Many men want to argue that women and girls make themselves vulnerable to rape by the way they dress and I hold a view that this narrative is absolute nonsense, men need to take NO! for what it is and know that they are not entitled to female bodies. These bodies are personal and not commodities and the sooner everyone acknowledges and appreciates that, the better for our society.

Rape is but one of the ways in which women and children are oppressed on a daily basis but there are other ways. Many women live in fear each and every day because of the conduct of their partners who are advocates of patriarchy and do not want to be called out on their behaviour. These men feel so superior that the women they are with are not entitled to any views but rather are subjected to whatever the men say, which is wrong. These women often don’t speak out because they have been oppressed for so long that it’s almost become a norm to them, it also gets difficult for the women to speak out if they financially depend on these men, which is often a situation these men create deliberately so that the women can be vulnerable, for the satisfaction of their egos.

A reasonable amount of work is being done to empower women and young girls, but my cry with this approach is that despite the fact that it is very necessary, it will not be as effective if we choose to only focus on one gender group and ignore the other, and then hope to transform society for we would be delusional if we do so. I genuinely believe it is time for all of us to come together and have these dialogues because what I find is that everyone – black, white, young, old, male and female needs this empowerment that is so often talked about, we all need it to be better and to ultimately and ideally reach common ground where these pressing societal issues are concerned.

Noko Prudence Rakoma is a 20 year old passionate     speaker and blogger who is also a student, she is the founder of an organisation called Kgoshigadi Reign which essentially seeks to empower society through having having conversations. Noko is also a young entrepreneur who co-owns a hair business called Queendom’s Castle Hair.